When I was a little girl I had most animals, rabbits (21 at one point), budgies, guinea pigs, fish, a terrapin and I used to go horse riding, so it was clear that I would end up doing something to do with animals. I used to cut out pictures of shihtzu’s and leave them around the house hinting to my parent’s that I would love one. I think I liked the long hair and being able to put it in ponytails to be honest. I’m pretty sure I would have got one but my friend who lived around the corner had a cat. I was there the cat gave birth and being about 9 years old, I instantly wanted a kitten, so a few weeks on I got Whistle and Flute and was a cat lover until about the age of 24.

I was kind of having a bad time, we had a few deaths in the family and my brother was extremely ill so I decided it was time to get a dog to cheer me up. Having no knowledge of dogs I did a stupid thing. I bought a newspaper and found an ad that had shihtzu’s, King Charles, Yorkies, Labradors and many more dogs for sale. I called the number and my mum and I went to view them. As we approached the house it was clear it was a travellers site that surrounded the house but we still went in (idiots lol), the lady brought out 2 puppies, a brown and white one and a black and white one, I could see out the back that there was lots of pups out there all in pens on bedding of woodchips.

Still I bought the black and white one and was over the moon. I called him Ernie and was totally in love with him, he was tiny. That was on the Saturday. On the Monday night, there was a programme on BBC1 about puppy farms and there it was, the place I bought my beloved pup from. They had been taking them away from their mums far too early, caging them up in cramped conditions, chucking them in the back of a van and bringing them over from Ireland. Many had health problems and lots of people were complaining that their pups had died, I was mortified! Luckily my boy got the all clear but it was evident he was far too young to be away from his mother and he suffered many psychological problems and still has to this day. 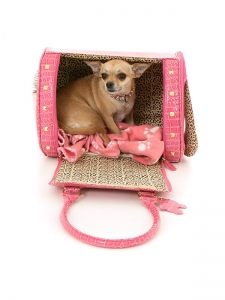 When I decided a year later that Ernie needed a friend, I got Bert. I found a kennel club breeder who had the mother there, in fact she had aunts, uncles, and even the granddads. He is totally different to how Ernie was. I learnt my lesson. So please make sure you don’t buy from puppy farms and make sure you see the parents. If we keep buying these puppies it will just be fuelling the fire for them to carry on making money from our beloved pooches.

Due to Ernie’s problems, the groomer I was using couldn’t carry on cutting his hair. He was too awkward and too distressed every time he went so I had to find another groomer. I did eventually find one but it was at that point I decided I was going to train to be a groomer myself. I did a taster weekend at a local college and loved it. I found a professional course, signed up and had to wait a whole year to get on it, but it was worth the wait. When the time came, I quit my office job as a mortgage arranger and went on the course. I then opened Mucky Mutz and here we are now a well-established business since we opened our doors in 2007.